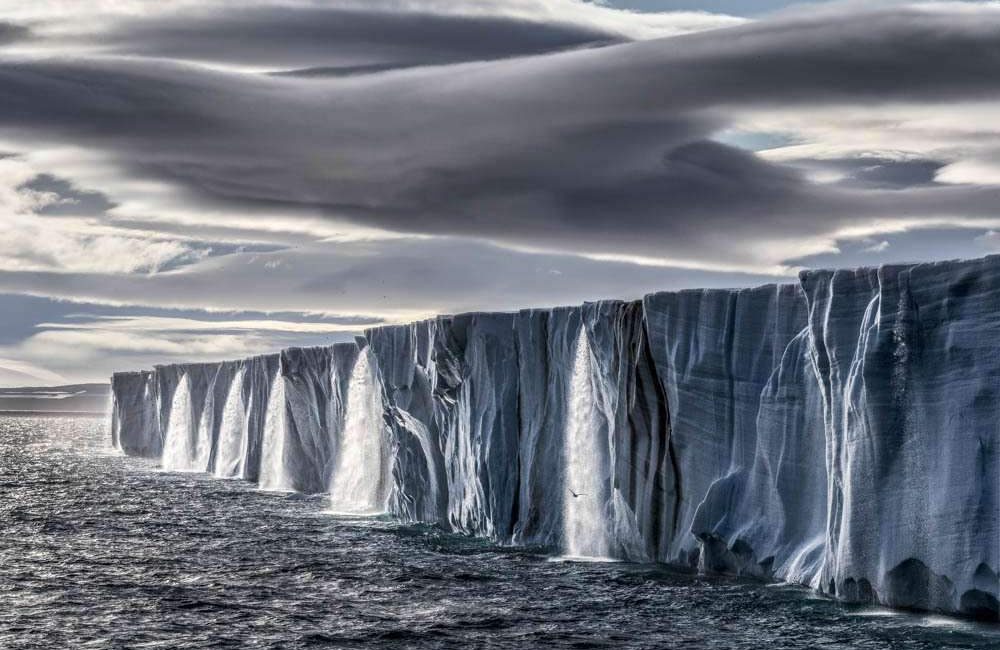 Pearl Jam fans around the globe went on an information gathering scavenger hunt using hints provided by the band via their website, fan club newsletter and social media channels, Friday, January 10, 2020, and ended up learning about climate change in the process. This isn’t the first time the Rock & Roll Hall of Fame legends sent their fans on an album related hunt.

The Seattle band initially posted an unexplained image on their social media accounts depicting the band’s name in dark red within a wave graph on a navy blue background. Fans speculated the image could be a new logo for a forthcoming album with the waves symbolizing a seismic wave, electrocardiogram, polygraph results or a soundwave.

Later that morning a second vague image was posted on the band’s socials that appeared to be three flames in a triangle layout, potentially fitting in with the wave graph from the first hint posted.

One theory is that the top flame represents a candle for hope, the bottom left flame as a heart for love and the bottom right as a peace symbol.

Pearl Jam fans were caught by surprise at 11 AM Pacific, when pearljam.com, its social channels and the Ten Club, (the band’s fan club), newsletter came out with an interactive map from MapBox.com, pinning eleven cities around the world with the flame images from the second hint earlier that morning. The cities included are Toronto, New York, Seattle, Mexico City, Los Angeles (Venice Beach), Sao Paulo, Santiago, Berlin, London and Paris.

Sydney was also among the eleven cities, but it’s pinned with a heart instead of the flame, likely out of respect for the massive wildfires burning out of control in Australia.

Pearl Jam’s message dangled the carrot in challenge, stating, “We have something special for you. Locate the nearest marker and activate the lens once you arrive.”

Note: You must have the most recent versions of the Facebook and Instagram apps to use the filters. Update yours at the Apple App Store or Google Play for Android users.

Clicking the pin on each city displays a linked set of Google map coordinates. Intrigued by the challenge, fans around the world went in search of their nearest marker to see what Pearl Jam had in store. Many hoped to find some new album related Geocached prize at the location.

Given the average age of Pearl Jam’s fan base resides firmly in the GenX demographic, not all fans had the understanding of geofilters and lenses or just generally lacked the motivation or proximity to go out on the hunt. While frustrating and humorous for some, this caused many in the community to band together, finding “operatives in the field” to hunt down and collect information to disperse to the masses.

Photos started appearing on feeds from fans on site at the geomarkers, all featuring a version of the same image, whether it was a billboard or photo gallery art.

When viewed via the augmented reality Facebook or Instagram “gigaton” filter / lens, the clouds and waterfalls became animated, an audio clip looped wind howling, ice fracturing and falling with ambient music in the background and “gigaton” was written in the seismic wave font.

The image in all of the geomarkers is by polar photographer Paul Nicklen, a striking photo capturing the meltwater run off from an ice cap on the island of Nordaustlandet, in Norway’s Svalbard archipelago.

Nicklen, a Canadian photographer, filmmaker, and marine biologist, has documented the beauty and the plight of our planet for over twenty years. As an assignment photographer for National Geographic magazine, Nicklen captures the imagination of a global audience.

The image was used by National Geographic and Nature Conservancy magazine; Al Gore frequently uses it in his talks on climate change. “While I sleep, that image is up there working on behalf of our planet, and that’s exciting to me,” Nicklen says.

As a co-founder of the non-profit, SeaLegacy, Nicklen is opening a fresh, progressive chapter in the story of ocean conservation. Through visual storytelling, Sea Legacy inspires millions of people to stand up and have a voice for the pristine places threatened by climate change.

“Ten years ago I’d say the word ‘climate change’ in a lecture and people would kind of roll their eyes,” Nicklen said in an interview with Bill Moyers back in April, 2017. People were starting to listen — but not fast enough. “The problem with humans is we sort of deny, deny, deny, panic,” he continues. “And right now we’re in the denial phase.”

Now three years later, it seems Nicklen and Pearl Jam have joined forces to help get the message out about climate change.

Greenland has been losing about 280 gigatons of ice per year on average, and Antarctica has lost almost 120 gigatons a year with indications that both melt rates are increasing. A single gigaton of water would fill about 400,000 Olympic-sized swimming pools; each gigaton represents a billion tons of water. (Source: NASA – Sea Level Change Observations from Space, March 28, 2018)

So what does the beautifully tragic Necklen photo of the melting polar ice cap, the word gigaton and Pearl Jam have in common?

Known worldwide for their philanthropy and activism and based on the hints dropped by the band today, the prevailing theory is that Pearl Jam’s new album will be eco-political in nature. A call to arms for global citizens to unite and do their part helping to mitigate climate change.

Pearl Jam has been allocating a portion of tour profits to invest in environmental projects that serve to offset or mitigate carbon dioxide that has been released into the atmosphere while on their tours since 2003.

In 2018, Pearl Jam hosted The Home Shows, a massive philanthropic undertaking to fight homelessness in Seattle (King County) surrounding their two concert stint at Safeco Field. They partnered with more than 170 businesses, had over 4500 donors and raised nearly 11 million dollars with the efforts.

Focused on sustainability since 2005, retail megagiant Walmart launched its “Project Gigaton” in 2017, aimed at reducing 1 gigaton of greenhouse gas emissions from their supply chain by 2030.

Could Pearl Jam be utilizing their experience of uniting businesses together for a common cause but on a much larger national or global scale by potentially partnering with businesses and organizations like Walmart, Sea Legacy and others?

How would that affect a new album and supporting tour?

Could the eleven pinned cities coordinate to eleven tracks on the new album?

“The waiting drove me mad!”

Pearl Jam promised something special and Necklen’s evocative image certainly delivered. Learning the meaning of gigaton and lesson in climate control wasn’t necessarily what fans were expecting, but the takeaway is crucial to the future of this planet and all who dwell upon it.

“Education is the passport to the future, for tomorrow belongs to those who prepare for it today.” – Malcolm X 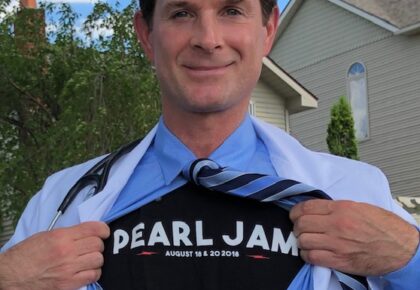 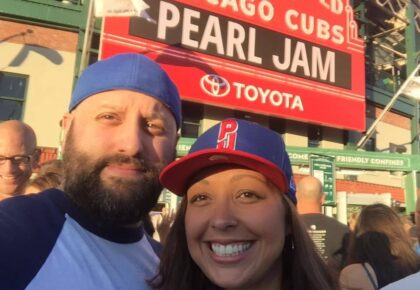 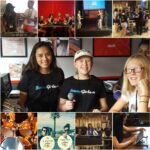 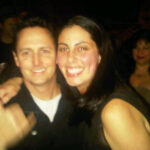 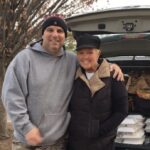 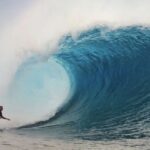 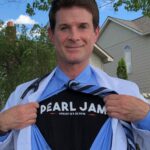