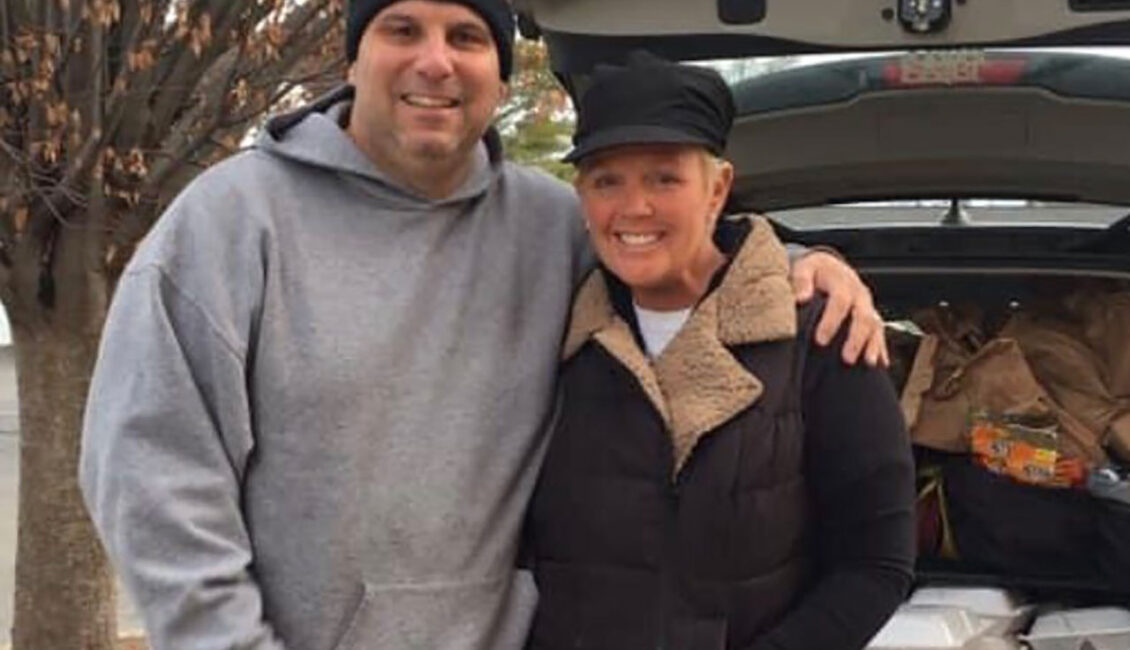 Allen George was 18-years-old when he and his best friend, Greg Newell, went out for one last diving adventure before George would head off to college. While the young men grew up on the ocean and were used to the unpredictable weather that Florida offers, they could never have prepared themselves for what Mother Nature would send their way hours after the boat left the dock.

It was a great day of boating and diving for George and Newell. But it was time to surface, and as they did, the friends noticed the dark storm clouds looming overhead. It was clearly time to make their way back to the boat…but not before George would play one last “shark prank” on his childhood friend.

Newell was already on the boat, sitting with his legs dangling over the side when a stealthy George swam underneath his friend and reached up to grab him. “Gotcha!”

At that exact moment, a bolt of lightning hit the boat, sending volts of electricity through Newell’s body. Since George was holding onto his friend’s leg, the bolt’s extraordinary power then made its way through George’s body. Suddenly, George flew back about 20 feet in the water.

As you can imagine, there is much more to tell about this story’s chapter. But what’s most important is the ending of the story when two lifelong friends miraculously survive.

On this day in 1990, it could be said that Allen George “caught a bolt of lightning,” which causes all of us as Pearl Jam fans to ask the natural question — “Was he cursed the day he let it go?”

At the Wrigley Field show on July 19, 2013 — 23 years to the day that George and Newell were struck by lightning — George clearly remembers watching the lightning storm that delayed the show that evening. He felt grateful — grateful for his life and thankful for his journey with the band and the Pearl Jam community.

It wasn’t long after this electric evening of the Lightning Bolt tour that George discovered his life’s purpose.

“I remember sitting at home, the week before the Super Bowl and seeing a State Farm commercial about local charities. I typed up the website, and the very first charity I found was called Fed with Faith — a non-profit organization that provides food, shelter, supplies, and support to indigent families and the homeless population in Louisville, Kentucky. I signed up for everything I could do at this organization.

When I first arrived, I met Wendy, one of the founders, and after about 15 to 20 minutes of making PB&J sandwiches, a gentleman named Ken, a co-founder of the organization, said ‘We are short a rider. And I want you to ride with me.’ I rode with him and I got to see probably the darkest side of our city. Because Ken had been riding the longest, he had the toughest route. He goes into camps and the woods, finding homeless people he has known for years. We handed people lunches and supplies. I remember getting back into the car, and he asked me, ‘Do you think this is something you can do?’ I said, ‘Yeah, I have the gift of gab and I’ve been wondering how I’m going to use it. I think I may have just found what I’m going to do with it.’ It was a very emotional day for me.

After that day, I showed up every week, and then I got my own route. I have been working with the homeless now for three years. Every week is a challenge to get supplies, but it doesn’t take a whole lot to change a person’s life. It could be giving someone chips. It could be peanut butter and jelly. It could be a sleeping bag. It could be a tent. It could just be letting them know that someone cares. I want them to know they are loved.”

While George helps to serve about 450 meals with Fed with Faith on Sundays with his wife, Melissa, and his 19-year-old son, Payden, he also enjoys serving the community during the winter months. On evenings called “White Flag Nights,” when the temperature drops below 25 degrees, George and his wife and son help the organization to serve hot soup and hand out critical winter supplies. Fed with Faith also assists in transporting the homeless to local shelters for the night to keep them out of the cold.

“Fed with Faith works very much in the Pearl Jam spirit,” George says. “They only care about helping people and fight the city for the rights of the homeless. We are 100% donation and volunteer-based. Our founder, Jean, was homeless himself for years till he was given a helping hand that led to a better life. Jean and Wendy Manganaro work to save lives every day…and they are my true heroes.”

Allen George, known as LBC72 — or “LoveBoatCaptain72” — to many fans on the Pearl Jam Message Board Pit, has truly shown others how to lead by example. George was not cursed the day he let that lightning bolt go. He was blessed. And since then, he has taken the reins and has steered many lives towards the clear.

Allen has reminded us that we don’t need much in order to make a difference in someone else’s life. All we need is love.

Thank you, Allen, for sharing your story with me and for using your life to help those in need. You are making a difference, each and every day.

Pearl Jam community, please reach out to me at editorial@wishlistfoundation.org if you would like to share a story with me. Let’s lift each other up and share some light and positivity with each other.

Please visit fedwithfaith.org to find out more about the organization. If you would like to help Allen to complete his “wishlists” or to donate to the homeless in his community, please reach out to him via Facebook Messenger. 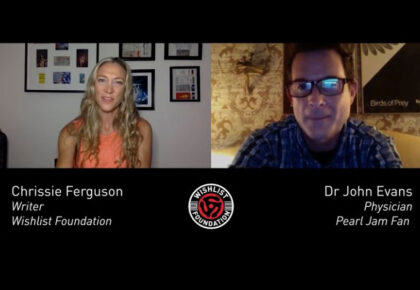